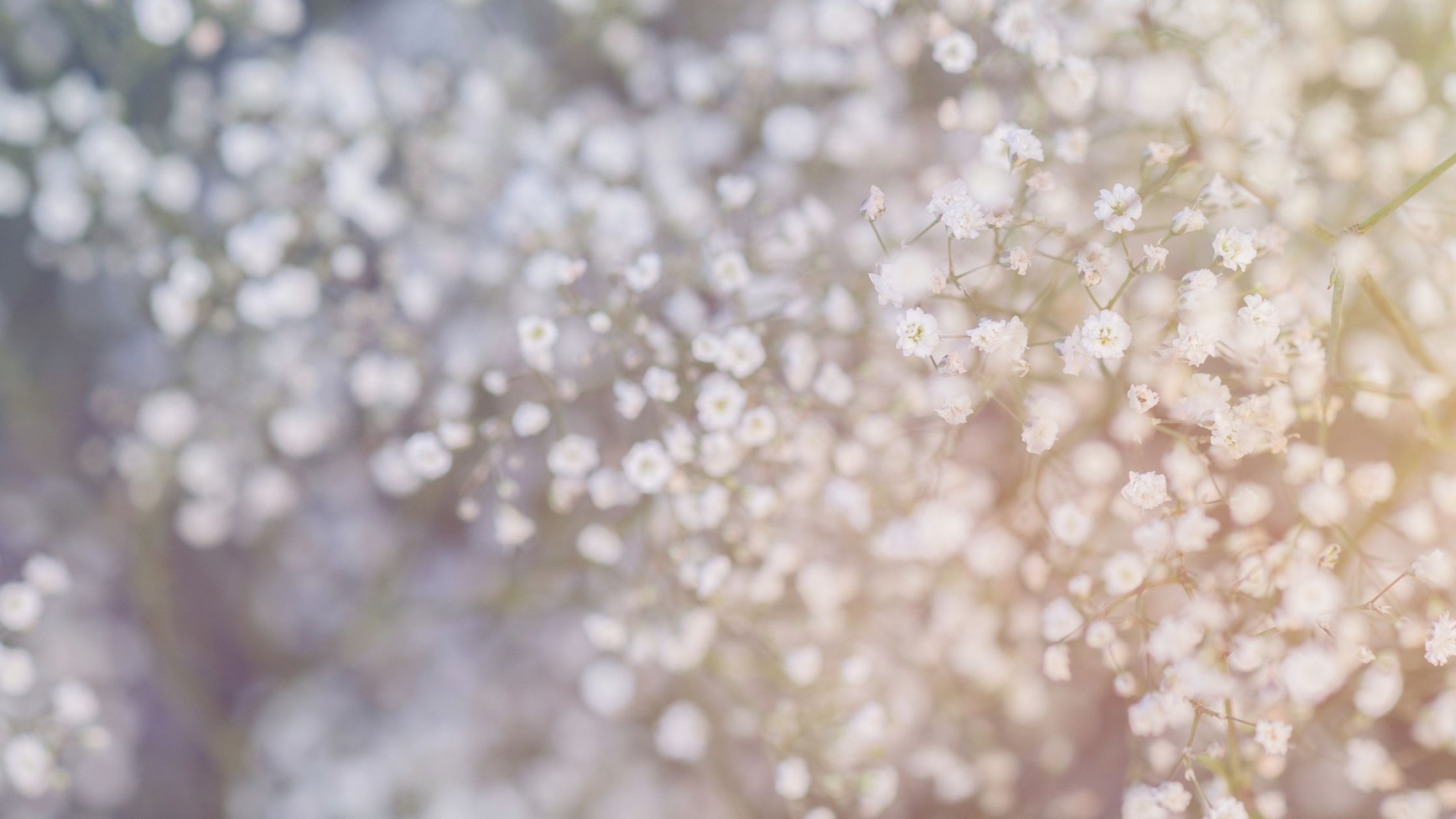 After 3 hours by bus with the company CTM (which we recommend), we finally arrive in Essaouira.

We are welcomed by our owner of Airbnb, who comes to pick us up by car at the bus station, it’s too nice since the station is only 5 minutes walk from the Airbnb, we could have come by ourselves. Here is the video of our large apartment (F4, 3 bedrooms). The apartment is located in the modern part of the city.

This apartment costs us only 20€/night for a monthly rental, a real bargain. Essaouira doesn’t cost much anyway, but having such a clean, big, well located one… we were lucky. Moreover, the owner is adorable, he even offered us a huge plate of grilled sardines (delicious!), and a huge fruit platter.

Unfortunately, the Internet isn’t very fast. We have an unlimited connection, but the speed is random. So we use wifi except for our calls where we switch to 4G.

We leave immediately to discover the beach of Essaouira, as far as the eye can see, with a very pleasant path to walk. We saw pictures of the city on the Internet but we didn’t expect such beauty. We feel really good here, it’s totally different from Marrakech.

There is a hotel-restaurant Le Médina overlooking the beach, whose sofas and hammocks make you want it too much. We had lunch here, unfortunately, not only is it expensive but it’s not that good. On the other hand, to have a drink, it’s really worth it.

We arrive at one of the 4 gates that give access to the Medina.

The Medina in Essaouira is really super clean, it’s a bit like Disneyland… but we’ll learn later that it wasn’t always the case: huge works have been undertaken for years to make the place more pleasant and clean.

We go to a local hammam spotted on Google Maps, with separate male/female entrances. If I had a very local and friendly experience (the Moroccan women who were there showed me what to do), JB was rather badly treated (rough and badly done scrub that lasts barely 5 minutes, a real mess). The place doesn’t look very clean but in reality, it’s just the ghassoul that dragged on the floor. I was scrubbed, a quick massage, washed my hair … for 110dh in total (+ 15dh tip).

Here too, we see a lot of street cats. The merchants even let them occupy the best places (on the carpets, on the bags…), they are much bigger than those we met in Marrakech. It’s so cute!

Then we walk to the port, where we see many restaurants with fresh fish. Just point out the fish we are interested in and it will be cooked according to the demand.

There is a small restaurant, more local, just before the fish market, where we have a fish platter (mixed) for 105dh/person. Not yet tested but it makes you want.

But it is the oyster stands that interest me the most. You must find it a bit shocking to eat oysters under the sun, in a fish market that doesn’t really smell good, but they are ultra fresh, they come from Oualidia. I eat on the spot (standing), and they cost 7dh/piece. The sea urchins 5dh/piece and there are huge shells next to them, to eat raw too… I did not dare to test them. No digestive problems to report.

You may tell me that 7dh/oitre is quite expensive (0,7€/oitre) – they are small in addition, but it is the price practiced everywhere, even in the supermarket, they are sold, unopened, at 6,9dh. And in restaurants, 110dh for half a dozen (19dh/oitre). I don’t know why it’s so expensive like that.

Fortunately I ate the oysters before visiting the market because otherwise I would have had a lot, a lot of trouble, because of the bad smell, the garbage lying on the ground (the birds fight to eat what the fishermen don’t want). Chaos, dirt, smell. However, we saw some very nice fish that we did not know existed, rays, octopus, and a fish so big that we wonder if it is a shark.

No longer able to stand the smell, we return to the souk in the Medina to wander through its shady streets. Attempt to buy pants failed, the prices are around 200dh (20€ for cotton pants!). However, we see several stores of argan oil cooperatives, with women breaking the nuts and producing oil on the spot. Well, I always avoid buying argan oil in the souk, because the oil can always be cut by another oil, and we were recommended a safe place to buy it.

JB finds a barber and gets shaved for 25dh. The barber is meticulous, changes blades twice, sterilizes his equipment by fire etc. but as in Egypt, they don’t rinse the skin at the end, they don’t use aftershave,

JB’s grandmother tells us that we have family in Essaouira. Neither one nor two, we get in touch with his great uncle and his wife and we meet for a traditional couscous on Friday lunchtime near our home.

They then take us around the city, where I couldn’te many useful addresses, before dropping us off at the Carrefour supermarket, where I could find French sausages, and Ferrero Rocher!

The discovery of this Carrefour particularly enchants me because I have been trying for months, in vain, to buy French sausage in Muslim countries. In Essaouira, not only are there oysters, but in addition to sausages, there is a delicatessen selling pork, Asian products, foie gras… everything I like is available and for sale here. It is unhoped for!

We meet the next day at the home of JB’s great uncle and his wife. They live 10km from the city center, in a very small and cute village where they built a house. Apparently, the construction of the house was a difficult period that all foreign/french builders go through. After months of camping in an unfinished house, hiring a lawyer and another contractor, they finished their house in 3 years.

I was expecting a nice little house, with a nice little garden… until the gate opened and here we are in front of a 5000m² estate, with a big house half Moroccan, half European, bathed in light. A palace, really! With lounges everywhere, a private hammam, an infinity pool, a huge garden divided into several parts, with fruit trees, olive trees, flowers… an open space that looks like a Berber tent where we spend all afternoon on comfortable sofas.

I think it took us almost an hour to visit everything, to look at the small details thought by the owners, and the material used for each room. Because these are materials that we don’t know at all, and it’s not easy, when you have a half-traditional, half-European house, to combine several elements: for example a mosquito repellent that won’t fit perfectly in a window made of stone, or tadelakt, traditional yellow, can be declined in several colors, including gray, to give a false air of concrete …

It must be so nice to imagine your house and see the project become a reality. To look at the tile and think: I imagined the pattern. To decorate each room, to choose the color of each wall. I don’t have the opportunity yet to build my own apartment/house and I think I will enjoy this kind of project.

In any case, I enjoyed the visit very much. In addition to having a dream palace, they have absolutely no opposite, no noise, you can only hear the birds, it’s absolutely quiet! It is the perfect place to spend your retirement.

Suddenly, our idea of spending our retirement in a 52m² F2 in La Rochelle, in our rental investment, is sorely lacking in charm.

They have a housekeeper and a gardener who pass by every day. What’s really good with a country like Morocco is that everybody speaks French, so communication with the gardener or the cleaning lady is very smooth, and they can really connect with locals. There is no language barrier. The doctors also speak French, some of them have been trained in France. The Caisse des Français de l’Etranger (CFE) covers a multitude of things, and the residence permit is given to foreigners without any problem, provided that the pension is paid directly into a Moroccan bank account.

There are a few European neighbors next door, who have come to spend their retirement as well. Foreigners are obliged to buy at least 5000m² of land, so everyone has estates as far as the eye can see. In front of their house there is a huge plot of land of 34 000m² which is still for sale at the moment, at 20€/m².

The water is drawn directly from the water table because running water does not reach this small village. There is electricity on the other hand, and as everywhere, gas can still be bought in cylinders. They are thinking of installing solar panels soon to be even more autonomous (sometimes there are power cuts in the area).

In any case, they look very happy and very well in this pretty corner of paradise.

It did us a lot of good to meet family, besides, we were so well spoiled, between the oysters as a starter and the homemade (and lovingly) dishes by M-A <3 Notice to other family members in France : come and see them in Essaouira !

With all that Essaouira has to offer, we are seriously considering staying for a few more weeks, especially if JB finally decides to sign up for kite-surfing lessons. We feel particularly good in this city (a bit like Istanbul, another city we like a lot), zenitude is omnipresent, even in the souk. 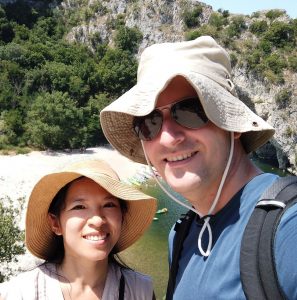